Our StoryBlog
Why UsApplyPricingSign Up
Hire a designer

Have you ever wondered what exactly African or African-influenced design is?

First, I need to note: It's misleading to label it "African" or "African-hyphenate" design, as they are not monoliths. They are inherently diverse, spanning not only different disciplines and mediums but also the breadth of individuals that have contributed to the aesthetic as a whole.

Here is a 'brief' overview of historical and contemporary graphic design, typography, and architecture & furniture from African designers, its diaspora, and a range of cultures and people that Africa has intersected with.

Aaron Douglas was an artist and illustrator during the Harlem Renaissance. Douglas was interested in Modernism, so when his teacher and mentor Fritz Winold Reiss encouraged him to look to his African roots, Douglas created a unique style that fused elements of Egyptian wall paintings with the geometric stylings of Art Deco.

Archie Boston is known for his bold, polemical designs. He used the image below of him and his brother to not only provide perspective on the barbarities of enslavement, but to also demonstrate the creative potential and variety of skills of African Americans. The poster remarks "Will steal art shows if set free" and "Anatural [sic] rhythm for color and design."

See more of Boston's work and many accomplishments here.

In 2002, symbolic geometric designs from Blombos Cave on the southern coast of Africa were discovered on two pieces of ochre rock. These are the oldest forms of graphic design ever found, dating somewhere between 70-100,000 years old. In Europe, the oldest representations of design are just 40,000 years old.

In the example below, the surface of the rock was intentionally modified with a cross-hatch design and parallel lines.

African design is well-known for its strong lines, repetition, and geometry, especially in terms of textiles, but we should be careful to not reduce Africa and its aesthetics to cliches and stereotypes.

While this style is certainly well-known as African, it is not the only style of graphic design in Africa. These strong traditions provide just one point of reference for designers across Africa and its diasporas, but the design is as diverse as the people and cultures.

The images below illustrate a more nuanced referencing of African environments from contemporary designers Sonia Dearling and Viwe Mfaku respectively.

Neither is explicitly "African" in stereotypical terms, but they both illustrate how Africans are representing themselves in terms of imagery and design.

"the African continent is full of alphabetical scripts, syllabic hieroglyphics, [and] ideograms."

Below are a few alphabets from across Africa and its diasporas.

Tifinagh is an ancient form of Berber script used by the Taureg from Algeria and Libya to write the Tamashek language. This image is from Aoubacar Afal.

The Bambara alphabet was transcribed by Woyo Couloubay around 1930, and the language is spoken by more than 3 million people in Burkina Faso, Ivory Coast, Gambia, Guinea, Mali, Mauritania, and Senegal.

This alphabet was created by Wide Zobo, also around 1930.

The pictorial writing system of the Ndebele is similar to the Bantu alphabet and comes from Southern Africa. Ndélélé women use this system to decorate their house walls, and their houses are even classified as cultural heritage by UNESCO.

"I see Afrikan alphabets offering a breath of fresh air that can rescue the Roman alphabet from the vagaries of style and trends. As a typographer, and more importantly as a designer, I am in the business of the creation and peddling of 'Beauty'. [...] Afrikan alphabets offer a more aesthetically pleasing perspective and alternative. The deconstructionists could care less about 'legibility' instead they care more about the “expressive” nature of typography. Afrikan alphabets straddle those two extremes comfortably."

For more information on these alphabets and more, please read this article.

There are many instances where other cultures use Africa as inspiration for their own fonts and typefaces, but Africans have made fonts that are both recognizably African and some that are more nuanced.

This typeface above is by African designer Senongo Akpem was created using a collage technique that visually references African textiles and their flamboyant colors.

The Charvet typeface was designed by young Kenyan designer Kevin Karanja and is based on historical and cultural research into traditional patterns and symbols. The typeface is characterized by repeating geometric elements.

The typeface above from Studio Muti in South Africa draws on the visual language of hand-lettered signs that are staples of small shops across the Continent.

And finally, this typeface is known as Colonial Bastard Rhodes and was designedby Osmond Tshuma. It was designed as a post-colonial critique of Cecil John Rhodes and the impact of colonialism in South Africa. The typeface employs key characteristics of fonts and typography used during the colonial era, such as exaggerated serif and vertical stress.

But Africa's influence in typography extends well beyond the Continent to countries such as France, Trinidad, and the US.

Writer and type enthusiast Frank Adebiaye created the Format 1452 typeface. Interestingly, the Din-like, geometric, sans serif typeface is open-source and has been modified by many designers of different backgrounds.

‍Agyei Archer is a designer based in Trinidad who developed the Crispy font. This font is characterized by hard angles and extreme weights, and has been developed into a dynamic variable font for Google Fonts.

Cabeza Grossa was designed by Kwesi Amuti. Amuti originally hails from Ghana but is now located in Atlanta where he develops custom typefaces. It's a modified interpretation of a top-heavy, blocky typeface from the 70s known as Jackson. Amuti also designed another typeface known as Adinkra (below) that uses the iconography of traditional West African art as its inspiration.

African architecture has historically been based on geometry, repetition, and natural elements such as fractals. Fractals are not only seen in Africa's architecture, but also in its art, sculptures, textiles, and even religion; this demonstrates unifying themes within African culture, but we have to be careful to not reduce and limit African architecture to just a handful of concepts.

A fractal, as defined by the Fractal Foundation, is a never-ending pattern. They are infinitely complex patterns that are self similar across different scales.

The persistence of fractals throughout African art and design is one of the reasons why some believe that the Golden Ratio is actually African in origin.

The palace in Logone-Birni, Cameroon, is one of the best known examples of fractals in African architecture, where self-repeating rectangles are evident and the path to the throne room (in the middle) approximates a golden spiral.

Above is Ba-ila. You can also see additional examples of fractals from Nankani, Mokoulek, and Kitwe here.

Africa has a strong architectural history, but African architectural traditions were banned in the US by slave owners. Joseph E. Holloway notes: "plantation owners early in American history understood the power and symbolisms possible in architecture, and thus any attempt of enslaved artisans to draw upon Africanheritage was prevented." Instead of being explicit, public records of history, buildings and homes built by enslaved people carried private histories.

Now, African American architecture stands publicly and proudly, with architects such as David Adjaye. Adjaye was one of the designers for the National Museum of African American History and Culture, which was inspired by the artistry of Yoruban master carver Olowe of Ise. The panels on the facade of the building are reminiscent of Southern metalwork by Black artisans, seen in Louisiana and South Carolina; the pattern was derived from an iron gate in Charleston.

African designers are looking to the future, and Kunlé Adeyemi is perhaps the best example of this with the Makoko Floating School. It serves as a reminder of the realities of climate change, and the education that is necessary to take action. Coastal cities such as Lagos and economically disadvantaged communities will certainly be the hardest hit.

When compared to buildings and even cities, furniture and objects aren't always given the same attention as the spaces that house them, but they can be just as impactful.

This contemporary piece is by Peter Mabeo from Botswana. Mabeo works with local artisans to create pieces that reflect his personal values of sustainability, craftsmanship, and culture... But he still strives to transcend traditional geographic and cultural divisions:

‘’There is a uniqueness about the beauty of African material culture and rich artistic heritage, very much so. There is, however, a universality of craft, of objects made with great care and interest, regardless of origin. I do not like to define our work stylistically. If any aesthetic pattern is sensed, I see it as more of a result than a preconceived strategic effort at creating an identity. Independent of the fact that we work with international designers, the objects we make transcend geographic and cultural divisions."

Even historic pieces such as this 19th century chair from Kenya is a synthesis of cultures that defies categorization... Some see references to Portuguese and Spanish chairs, Indian chairs influenced by the Portuguese and Spanish, and even Egyptian chairs from the Mamluk period. But this Swahili version has been artfully synthesized by local artisans in their own design vernacular.

These chairs are based on beach furniture found in Northern Europe in the 1920s, but were "brought into the modern day through the use of digitally drawn color patterns woven by expert African craftsman." The pieces are handmade in Senegal, and they demonstrate the beauty and potential of being receptive to African culture, influence, and designers.

Africa and its diasporas have a strong sense of culture, aesthetics, and traditions that can inform African design, but Africa shouldn't be limited to what is "typically" African. African design is inherently diverse, and the mixing of diverse ideas, cultures, and people can yield some of the most beautiful and meaningful designs. 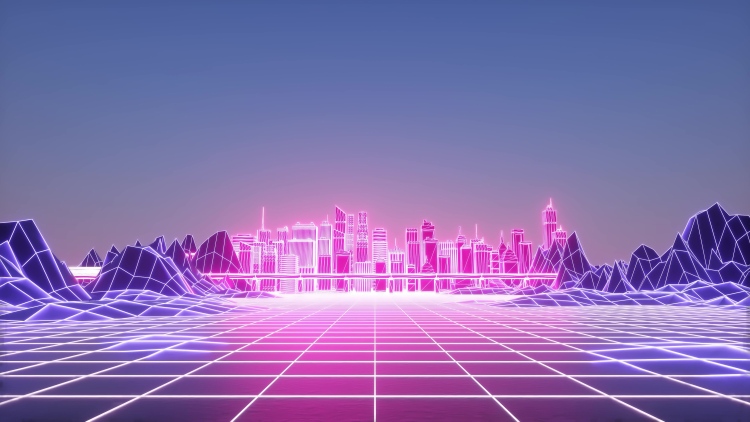 A Meaningful Pledge: 18% of Funding for The Metaverse for Black Creators 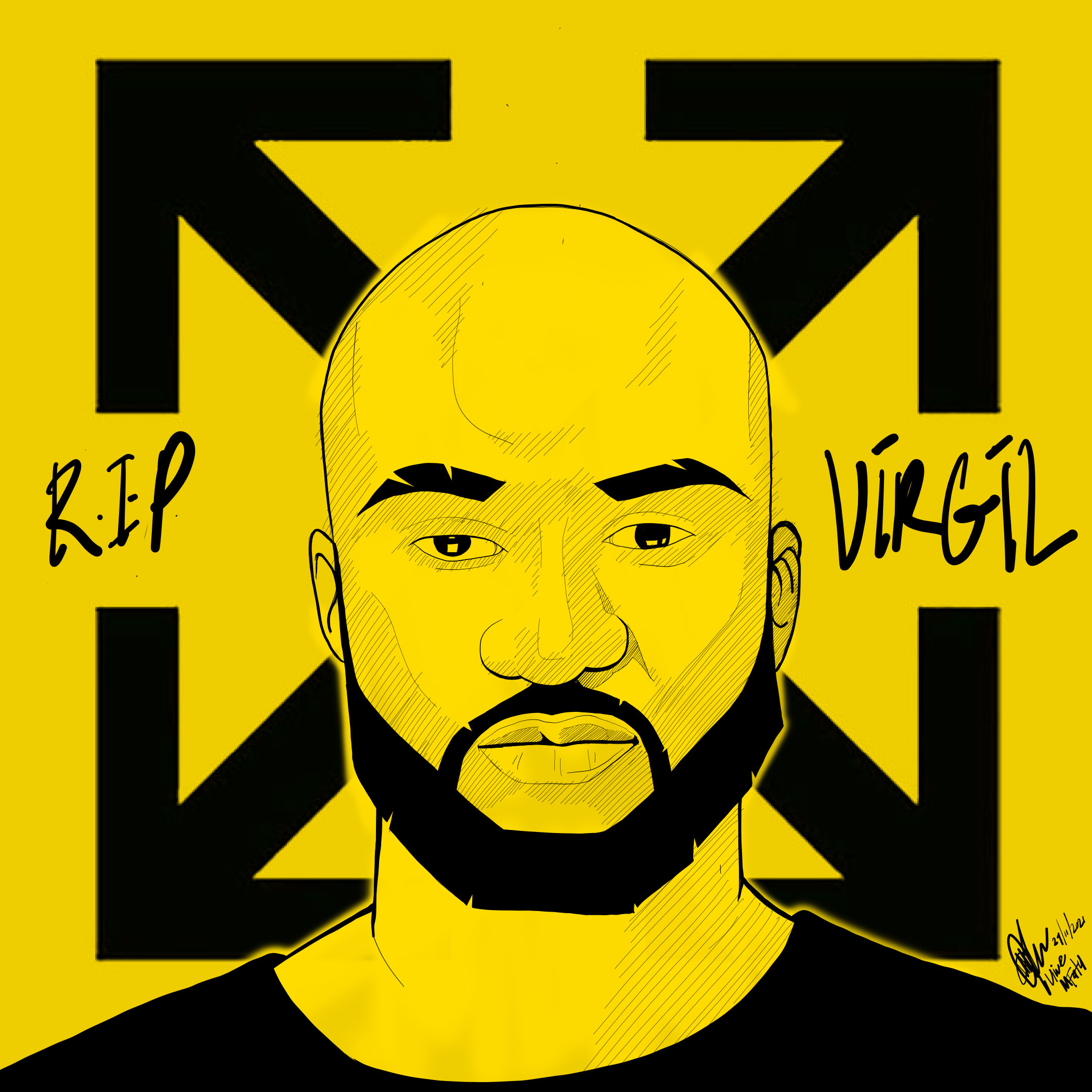 The Power of Diversity in Design: A Tribute to Virgil Abloh

Get ready to join the startups and enterprise teams doing good design at scale with Meaningful Gig’s talent network.